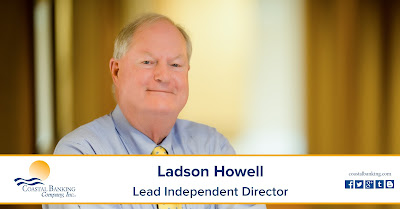 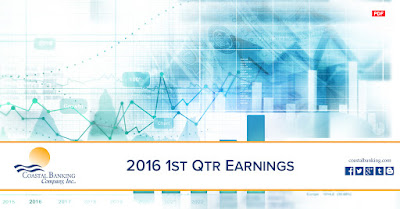 Key highlights from the first quarter of 2016 include:

For the full text of the earnings release and complete unaudited interim financial results, please click the links below or visit the company's website at
Full Earnings Release
1st Qtr Financial Results
http://www.coastalbanking.com/reports--news---filings.html 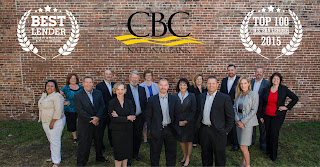 FERNANDINA BEACH, Fla., May 10, 2016 – CBC National Bank, headquartered in Fernandina Beach and with branches in Fernandina Beach, Ocala and The Villages, Fla., and Beaufort and Port Royal, S.C., today announced that the bank has again been recognized as the No. 1 ranked community bank U.S. Small Business Administration (SBA) lender in the north Florida district in total dollar volume and number of loans (and was ranked No. 2 in the state).

“I want to thank and congratulate the lenders that have made outstanding contributions in the North Florida area,” said Wilfredo J. Gonzalez, North Florida District Director. “We have increased lending in the district over the past few years, and I hope to see that growth continue. Our lenders help small businesses create and maintain jobs, and that has a direct impact on local communities.”

Fiscal Year 2015 Lender Award Winners were recognized at the 24th Annual Small Business Week Celebration on May 5, 2016, in Jacksonville at the University of North Florida’s University Center. The event was hosted by the Small Business Development Center.

The bank also launched a new Georgia SBA lending operation in October to serve the needs of the growing market for SBA loans in the metropolitan Atlanta and Georgia markets, and will continue to ramp up that operation throughout 2016.

“Our SBA lending division continues to demonstrate outstanding performance in meeting the vital needs of small-business customers,” said Charles Wagner, president of CBC National Bank. “Being named again as the top community bank SBA lender in North Florida and among the 100 most active SBA lenders for fiscal year 2015 is well-deserved recognition for our organization.”


Coastal Banking Company Inc., headquartered in Beaufort, S.C., which had assets of $464.7 million as of Dec. 31, 2015, is the bank holding company of CBC National Bank. Total pro forma assets will be nearly $590 million at March 31, 2016, after including Q1 loan growth and the assets from the previously announced acquisition of First Avenue National Bank. The company's common stock is publicly traded on the OTCQX Markets under the symbol CBCO. The company was been named to the OTCQX® Best 50 in both 2015 and 2016, an annual ranking of the top 50 U.S. and international companies traded on the OTCQX Best Market, based on the combined one-year total return on market value and average growth in daily dollar trading volume. For more information, please visit the company's website, www.coastalbanking.com.
Posted by Unknown at 11:11 AM