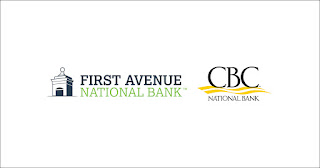 First Avenue, headquartered in Ocala, Fla., was founded in 2006 and operates two branches in Ocala and one branch in The Villages, Fla. It will add approximately $125 million in assets, $108 million in deposits, and $79 million in gross loans to CBCNB.

First Avenue has pursued a traditional, customer-service-centric community banking model and is among the highest revenue community banks in Florida, driven by a strong lending culture. With a net interest margin of 4.3% at Sept. 30, 2015, approximately 77% of First Avenue's total deposits consist of low-cost core deposit accounts, with 33% of total deposits in transaction accounts.
The acquisition of First Avenue is Coastal's first expansion into the attractive and fast-growing central Florida market and allows Coastal to grow its core community banking franchise while continuing to bolster its two other primary operating divisions, residential mortgage banking and government guaranteed lending, both of which have strongly contributed to the company's record earnings over the past two years.

"The acquisition of First Avenue creates value both for our customers and shareholders by combining two strong and complementary banks," said Michael G. Sanchez, chairman and chief executive officer of Coastal Banking Company Inc. "Both share an abiding commitment to customer service and the communities in which we operate, and both are well-managed and located in vibrant, economically strong areas. The managerial talent and core operations of both banks will allow our organization to leverage the combination to deliver even more shareholder and customer value going forward.

"We are delighted to welcome First Avenue's employees and their 4,000 customers to CBCNB, and look forward to providing our new customers with a broader array of banking services, including government guaranteed lending and mortgage lending capabilities," Sanchez added.
Ralph Strayhorn, First Avenue's president and CEO, said, "We are pleased to be combining with a bank that values customer service just as much as we do, and we look forward to the additional products and services that CBCNB will be able to deliver to our customers and the larger Central Florida community banking market. We also recognized in CBCNB a bank that would likewise deliver long-term growth and value creation for our shareholders."

After the completion of the merger, Strayhorn has announced that he will be returning to his banking and business advisory practice, while senior executives Adam Woods, Jason Welborn and Patrick Moses will be joining CBCNB.

Woods has been named CBCNB's market executive for Marion and Sumter Counties. He will be responsible for executive management of all of the bank's operations in those markets.

"Adam Woods, Jason Welborn and Patrick Moses are all seasoned, well-respected bankers who know the central Florida area well and are all welcome additions to CBC National Bank," said Sanchez. Additionally, two members of the First Avenue board of directors will be joining the Coastal board of directors upon completion of the merger.

Coastal expects the acquisition to be modestly dilutive to its 2016 earnings after transaction and integration costs, but with cost savings fully realized by the end of 2016, it is expected to be accretive to earnings in 2017. 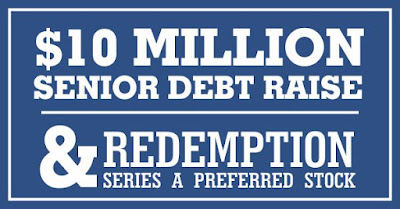 The proceeds of this debt raise were used to redeem all of the Company’s 9,950 shares of Fixed Rate Cumulative and Perpetual Preferred Stock, Series A ("Preferred Stock"), effective Nov. 15, 2015.

“This debt raise and the redemption of our preferred stock that it enabled will allow us to deliver increased value to our shareholders,” said Michael G. Sanchez, chief executive officer of Coastal Banking Company Inc. “We are significantly reducing our costs of capital through these transactions, resulting in our ability to, in effect, pass the savings on to our shareholders through enhanced book value.”

Paul R. Garrigues, Coastal’s chief financial officer, added, “The impact of replacing the 9% Preferred Stock dividend payments with a much lower interest expense on the Senior Debt is expected to increase net income available to common shareholders by as much as $600,000 over the next 12 months, or the equivalent of $0.23 per common share. The completion of this financing and related Preferred Stock redemption represents a significant step forward in structuring the Company’s capital accounts to better support our strategic growth plans while bringing additional value to our shareholders.”

The Preferred Stock was originally issued to the U.S. Department of the Treasury in December 2008 as part of their Troubled Asset Relief Program's Capital Purchase Program and was sold to private investors by the Treasury in March 2013 through a public auction. The shares were redeemed at the liquidation price of $1,000 per share for a total of $9.95 million. There were no accrued and unpaid dividends due as a result of the redemption occurring on the scheduled dividend payment date. As a result of this redemption, no shares of the Preferred Stock remain outstanding and the Company will no longer pay any dividends on the Preferred Stock.

The NexBank Loan Agreement carries an interest cost of LIBOR plus 4 percent per annum and requires monthly principal payments based on a 10-year straight line amortization period with a maturity date of November 2020. The Loan Agreement contains affirmative and negative covenants pertaining to certain financial and capital ratios of the Company and CBC National Bank, and is secured by a pledge of all of the capital stock of CBC National Bank pursuant to a Pledge and Security Agreement. The Company may repay all or part of the loan balance at any time without additional cost or prepayment penalty.

A copy of the complete Loan Agreement and related Pledge and Security Agreement dated Nov. 10, 2015, is available at http://www.otcmarkets.com/stock/CBCO/filings