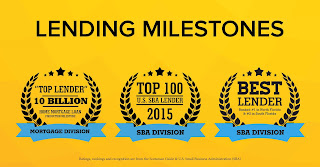 CBC National Bank, headquartered in Fernandina Beach and with branches in Fernandina Beach, Ocala and The Villages, Fla., and Beaufort and Port Royal, S.C., and with its mortgage banking division headquartered in Atlanta, today announced that the bank achieved milestones in both mortgage lending and SBA lending.
CBC National Bank's Mortgage Division produced over $2.8 billion in mortgage loans in 2015, funding $1.84 billion and brokering approximately $960 million, and the division has now exceeded $10 billion in total production since its inception in September 2007. It follows a conservative, risk-averse business model, originating primarily full-documentation, conforming mortgage loans pre-sold into the secondary market.
In June 2015, CBC National Bank was recognized by Scotsman Guide as one of the nation's Top Mortgage Lenders 2014, ranking No. 43 in overall volume and No. 16 in wholesale volume. And the bank recently learned that six of its mortgage bankers have been recognized individually as among the Scotsman Guide's Top Originators 2015 across categories including Top VA Volume (ranking No. 13, 19, 46 and 58), Most Loans Closed (ranking No. 263) and Top Dollar Volume (ranking No. 327).
The bank also continued to thrive in SBA lending in 2015. Once again, CBC was recently recognized as the No. 1 ranked community bank SBA lender in the north Florida district in total dollar volume and number of loans (and was ranked No. 2 in the south Florida district).
And in October, the U.S. Small Business Administration (SBA) named the bank's Small Business Administration lending division among the 100 most active SBA 7(a) lenders of fiscal year 2015.
CBC National Bank was ranked No. 69 by lending volume by the SBA, with 48 loans during fiscal year 2015 totaling $57,860,500.
The bank also launched a new Georgia SBA lending operation in October to serve the needs of the growing market for SBA loans in the metropolitan Atlanta and Georgia markets, and will continue to ramp up that operation throughout 2016.
"Both our mortgage banking division and SBA lending division continue to perform well while doing outstanding work to meet the needs of their customers," said Charles Wagner, president of CBC National Bank. "The milestones reached in 2015 and early 2016 are a testament to the divisions' ability to adapt to changing economic and market conditions, to the strong leadership in place at each division, and to all the associates' daily work in making CBC a recognized leader in both mortgage and SBA lending."
Posted by Unknown at 3:51 PM

2015 was an exceptional year for Coastal Banking Company both in terms of our financial performance and in creating shareholder value. 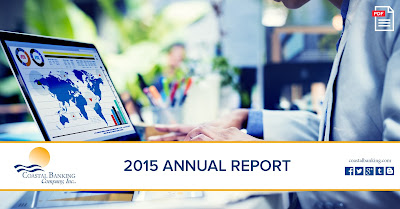 "2015 was a noteworthy year for Coastal Banking Company in terms of our strong financial performance. A look at the graphs, tables and financial statements in this report clearly demonstrate this. But I hope that you will also just as clearly see from the detail I provided on the operating success of our divisions and the results of our strategic initiatives taken in 2015 – and set to roll out in 2016 – that the Company continues to perform just as strongly in creating long-term shareholder value. Rest assured that I, the entire management team and all our associates work hard every day toward both the short-term and long-term success of our Company.  - Michael Sanchez, Chairman & CEO"


CLICK HERE TO READ REPORT
Posted by Unknown at 11:05 AM 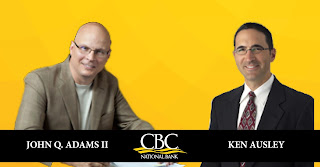 BEAUFORT, SC / ACCESSWIRE / April 19, 2016 / Coastal Banking Company Inc. (OTCQX: CBCO), the holding company of CBC National Bank, which operates full-service banking offices in Beaufort and Port Royal, S.C., Fernandina Beach, Ocala and The Villages, Fla., announced that it has added two new directors from recently acquired First Avenue National Bank of Ocala, Florida. Coastal completed the acquisition of First Avenue April 8.
Joining the Coastal Banking Company board of directors are John Q. Adams II and Ken Ausley. Adams is an owner and principal at Adams & Company, P.A., which provides accounting, tax planning and business consulting services to clients in the real estate, construction, and health care industries, as well as professional services companies and other businesses. Adams is a long-time member of the American Institute of Certified Public Accountants and the Florida Institute of Certified Public Accountants. He has served on the board of directors for The Arnette House, Central Florida YMCA, Ocala Boat Club, and several property owner associations.
Ausley is co-owner of Ausley Construction Company Inc., a second-generation commercial construction firm operating in Central Florida since 1958. He is also principal and co-owner of ACA Construction Group, LLC, which specializes in large institutional and public sector projects. Ausley serves on numerous boards including Kimberly's Center for Child Protection, the Ocala/Marion County Chamber and Economic Partnership, the City of Ocala's 2035 Vision Leadership Group, the Marion County Value Adjustment Board and the board of Ambleside Schools International. He is also the co-founder and chairman of Ambleside School of Ocala, Inc., a non-profit, private K-8 school.
"We are pleased to welcome John Adams and Ken Ausley to the Coastal Banking Company board of directors," said Michael G. Sanchez, chairman and chief executive officer of Coastal Banking Company Inc. "Their deep, strong ties to the Ocala/Marion County community as long-time residents, business owners and active civic participants will provide solid continuity in the ability of Coastal to serve the financial needs of individuals, families and businesses across the area. We look forward to their contributions as directors of the company."
Posted by Unknown at 10:46 AM 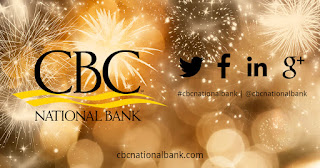 First Avenue Branches Open Today as CBC National Bank Branches
BEAUFORT, SC / ACCESSWIRE / April 11, 2016 / Coastal Banking Company Inc. ("Coastal") (CBCO), the holding company of CBC National Bank, which operates branches in Fernandina Beach, Fla., Beaufort and Port Royal, S.C., announced that it has completed the acquisition of First Avenue National Bank of Ocala, Florida ("First Avenue"), and that First Avenue's two branches in Ocala and one branch in The Villages, Fla., will open today as branches of CBC National Bank.
Grand opening events will be held today at both Ocala branch locations: 910 SW 1st Avenue; and 5860 West Highway 40. A grand opening will be held tomorrow (Tuesday, April 12) at The Villages branch, 2505 Burnsed Boulevard.
In addition to the three branches located in the attractive and fast-growing central Florida market, along with First National's 4,000 customers, the acquisition adds approximately $112 million in assets, $98 million in deposits, and $81 million in gross loans to CBC National Bank.
"The acquisition of First Avenue allows Coastal to grow our core community banking franchise in a vibrant, economically strong market that ties in well with our existing markets," said Michael G. Sanchez, chairman and chief executive officer of Coastal Banking Company Inc. "We couldn't be more pleased to welcome First Avenue's employees and customers to CBC National Bank, and we look forward to providing our new customers with a broader array of banking services, including government guaranteed lending and mortgage lending capabilities."
"We're also delighted to welcome senior executives Adam Woods, Jason Welborn and Patrick Moses," Sanchez added. "Adam is CBC's new market executive for Marion and Sumter Counties, responsible for executive management of all of the bank's operations in those markets. The managerial talent and strong core operations of both banks will allow our organization to leverage the combination to deliver even more shareholder and customer value going forward." 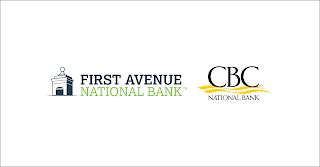