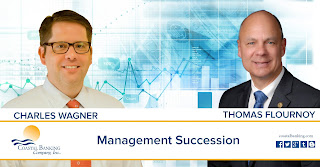 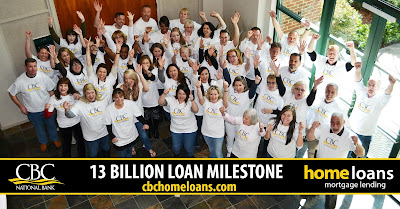 CBC’s mortgage division began operations in September 2007 utilizing a conservative, risk-averse business model, originating primarily full-documentation, conforming mortgage loans pre-sold into the secondary market. The division passed the $1 billion mark in loan production in June 2009 and passed the $10 billion mark in June 2015. During the second quarter of 2016, the mortgage division continued to achieve robust funding and profitability, with more than $551.7 million in residential mortgage loans funded and $16.4 million in mortgage banking income during the quarter.

In addition to reaching the $13 billion loan production milestone, CBC’s mortgage division was earlier named by the Atlanta Journal-Constitution one of the “Best Places to Work – Atlanta” for the second consecutive year. For 2016 CBC ranked 54th out of the 150 companies receiving this honor; in 2015 it ranked 63rd.

“Our continued growth and recognition is a testament to the quality of all of our associates during our almost 9 years in business,” said Brynn Stensrud, executive vice president and head of the mortgage division. “Our knowledgeable mortgage professionals continue to share CBC’s overall passion and commitment to offering our customers the best products and service available. We remain committed to the residential markets in our home communities in Fernandina Beach, Ocala and The Villages, Beaufort and Port Royal, and Atlanta, and we will continue to meet the purchase and refinance needs of our customers while meeting their demands for great service and products into the future. We likewise remain proud of the mortgage division’s significant contributions to CBC National Bank’s earnings over the years.” 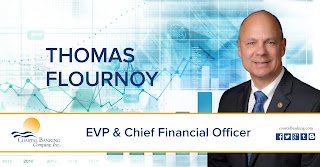 Flournoy is a career banker with 35 years of community bank leadership of finance/accounting, audit and risk, operations and information technology teams. He will oversee all financial functions, including accounting, treasury, financial reporting and budgeting, among other duties.

“Tom Flournoy is a veteran chief financial officer who has extensive experience helping growing community banks manage all the fiscal and regulatory complexities of the marketplace, as well as the executive leadership and interpersonal skills to flourish in the position,” said Michael G. Sanchez, chairman and chief executive officer. “Tom’s deep experience in mortgage banking and his focused risk management expertise make him an exceptional fit for Coastal. His experience will be a valuable resource as we continue to focus on growing our company and enhancing shareholder value.”

Flournoy has served as CFO or chief operating officer of five community banks in Georgia, Indiana and Kentucky for the past 14 years, following a 14-year tenure as controller of a large regional bank in Indiana.

Most recently, Flournoy served as senior vice president and CFO of First Bank of Georgia and Georgia-Carolina Bancshares, Inc., based in Augusta, Ga.

Flournoy earned a bachelor’s degree in accounting from Ball State University, and he is a certified public accountant.

More Info at www.coastalbanking.com
Posted by Unknown at 10:00 AM 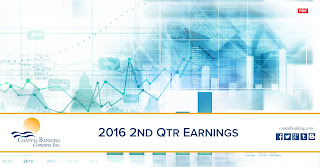